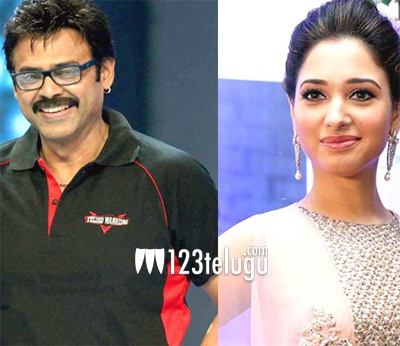 Tamannaah will soon team up with Venkatesh, if all goes well, as per the latest buzz in the industry. The actress was approached for a lead role in Anil Ravipudi’s upcoming multi-starrer F2 – Fun & Frustration, which stars Venkatesh and Varun Tej in lead roles.

Apparently, Tamannaah was quite excited when Anil narrated her the story and she gave her nod. However, an official announcement is yet to be made. If Tamannaah comes onboard, this will be her first project with Venkatesh.

Mehreen is the other lead actress in the film and she is paired opposite Varun Tej in this entertainer which will go on floors soon. More details are awaited.