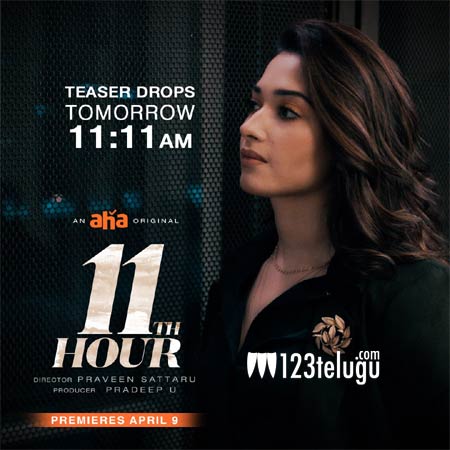 Tamannaah is all set to make her debut in OTT space with an Aha original. Titled as 11th Hour, the series has been directed by Praveen Sattaru, and Tamannaah is playing the central character in the story which is set in the backdrop of the corporate world.

The makers had initially planned to release the show earlier this year; however, it was later pushed to April 9, as a Ugadi special offering from Aha OTT. The first teaser of the series is going to be unveiled tomorrow on March 29 at 11:11 am, and Tamannaah will seen as Aratrika Reddy, the CEO of a company.