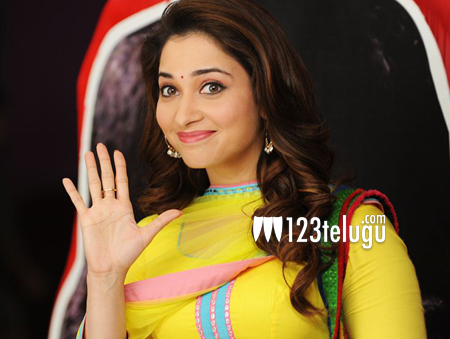 Right from the time news broke out that Chiranjeevi will be seen in a special song and a few scenes in Ram Charan’s Bruce Lee, several insane rumours have been making the rounds.

The latest gossip revealed that Milky beauty Tamannah has been approached for a special song in the film. Denying all these reports, Tamannah took to her twitter page and denied the news.

Shooting of this film is nearing its completion and Chiranjeevi is all set to join the sets by this month end. Sreenu Vaitla directs this film which has music by Thaman.