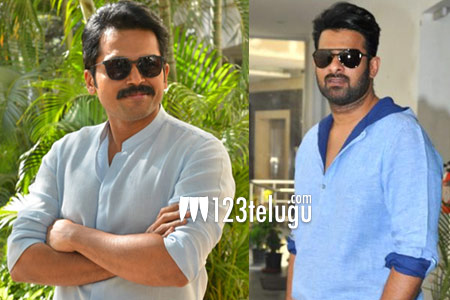 Prabhas is one of the few Telugu film celebrities who guards his private life to the extreme, so much that there’s hardly any news about what he does off screen. So, recently, when actor Karthi revealed about Prabhas’ kindness, it came as a big surprise to the latter’s fans.

Apparently, when the Tamil film industry got together to raise funds for people who were affected due to a massive cyclone near Cuddalore, Prabhas donated Rs 75 lakhs for the cause. Karthi revealed that his donation was used to fund the education of several kids in government schools, and when Prabhas heard about it, he was quite happy.

Meanwhile, Prabhas is expected to join the sets of Saaho soon in Dubai. Directed by Sujeeth, the film also stars Shraddha Kapoor and Neil Nitin Mukesh in lead roles.