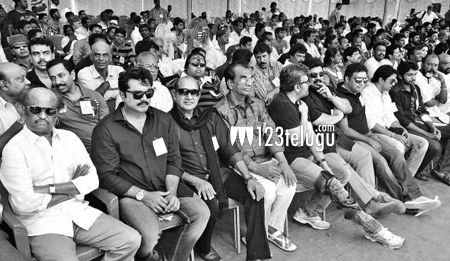 Speaking on the occasion, leading Tamil producer and distributor Kalaipuli S Thanu said that the officials at UFO and Qube are exploiting the film producers with heavy charges for screening in theaters across Tmail Nadu. Not stopping here, these projection companies have been attaching ad films from third parties without the consent of the producers.

Condemning this monopoly, the protesting bodies warned that the entire film industry will go on a huge strike and there will be no film screenings from 12th May, if the current system is not reformed.