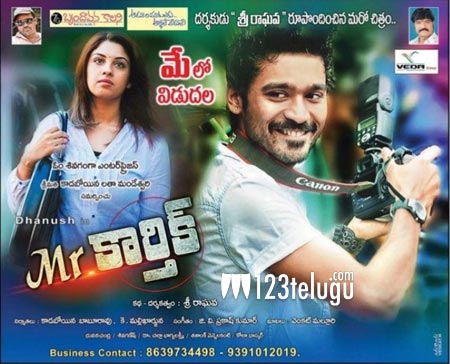 National award winning Tamil hero Dhanush is popular among Telugu audiences for his movies such as the VIP franchise, 3 and Maryan etc. The actor’s 2011 hit Tamil film, Mayakkam Enna, is all set for a release in Telugu.

Mayakkam Enna’s Telugu dubbed version has been Mr. Karthik. The film is a romantic musical and it stars Mirchi girl Richa Gangopadhyay as the female lead. Dhanush’s brother and popular director Selvaraghavan is the film’s director. Om Sivaganga Enterprises banner is releasing Mr. Karthik on October 27.