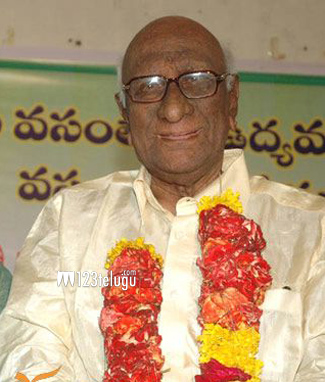 Well known producer and freedom fighter Sri Tammareddy Krishnamurthy garu is no more. He has passed away today morning,at the age of 93. Noted producer Tammareddy Bharadwaja is his son.

Mr. Krishnamurthy is one of the early pioneers of the Telugu Film Industry. He has produced hit films like ‘Lakshadhikari’ and ‘Bangaru Gajulu’ on Ravindra Art Pictures banner.

The film industry has expressed grief at this development and many prominent persons have gone to pay their respects to the late producer.

123telugu.com is saddened by this development and expresses its condolences to the Tammareddy family.