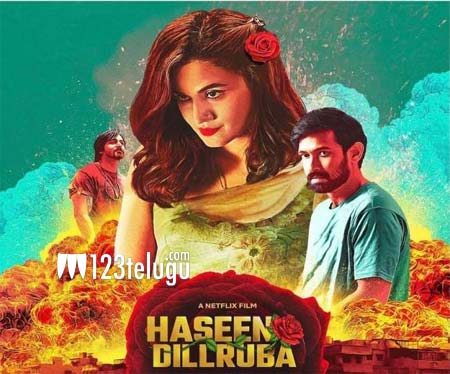 Tapsee Pannu, who was once a sought after actress in Tollywood is busy with her Bollywood commitments now. She is signing only content-driven Hindi films of late.

Tapsee’s latest outing Haseen Dillruba premiered on Netflix today and it received a unanimous thumbs down. The mystery thriller is being termed an incoherent mess.

Haseen Dillruba is the story of a widowed wife, played by Tapsee, who has to prove her innocence in her husband’s murder case. Viewers say the film has a farcical storyline which is narrated in a bland manner. Vinil Mathew directed the thriller which also stars Vikrant Massey and Harshavardhan Rane.