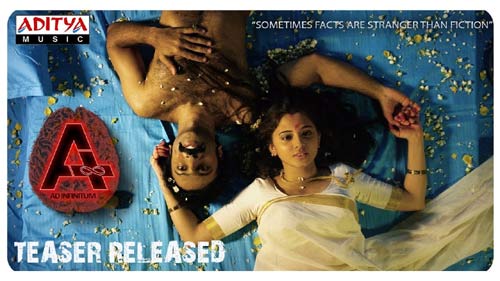 The teaser of ‘A'(Ad Infinitum) released by Santosh Sivan is out now in the open and looks interesting. The whole missing angle of the girl and how the story is weaved around her looks intriguing.

The camera work is pretty good in the film and is done by Praveen K Bangari. The BGM composed by Vijay Kurakula, takes the curiosity factor a bit higher in the teaser.

In his debut film itself Nithin Prassana has taken up the challenge of playing 3 distinct roles, and the heroine Preethi Asrani who was seen as a next-door girl in Malli Rava and Pressure Cooker will be seen, donning a completely different character. The release date will be revealed soon by the makers.