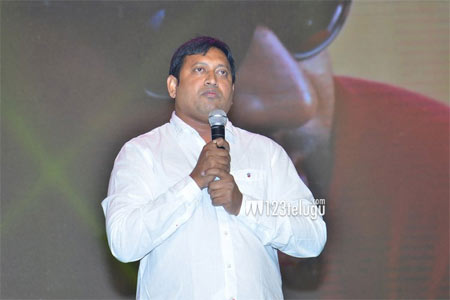 The pre-release event for Vijay Deverakonda’s upcoming supernatural thriller, Taxiwaala, concluded on a grand note tonight. The film has been produced by Allu Arjun’s PRO turned producer. SKN’s speech at Taxiwaala’s pre-release has become the talk of the industry.

In a speech that was filled with punchlines and heartfelt gratitude, SKN first thanked his mentor and veteran producer Allu Aravind for grooming him to become a producer. He then talked about his association with Allu Arjun over the last 15 years. SKN said that Bunny is the reason for him standing where he is today and thanked him for being a pillar of support throughout his career.

Talking about Taxiwaala, SKN said that he and his entire team were not disappointed when the film was leaked online, as they had total confidence in its content. Taxiwaala is slated to open in cinemas on November 17.