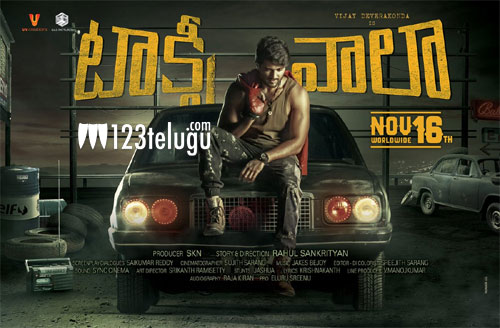 Looks like the release problems of Vijay Devarakonda’s Taxiwala have finally been cleared. The film which was supposed to release in May has now been locked for a release on the 16th of November.

The film is a unique thriller and has Vijay in a very interesting role. The film is made by a young team and Vijay has pinned a lot of hopes on this project. UV Creations and GA2 Pictures are jointly producing this film.