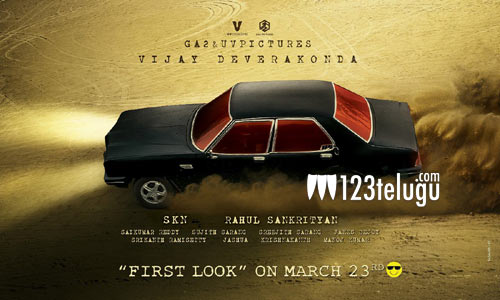 We all know that young sensation, Vijay Devarakonda is doing a film called Taxiwala in the productions of Allu Aravind’s Geetha Arts 2 and UV Creations banners.

The latest we hear is that the first look of the film will be revealed on the 23rd of this month. The film is a romantic fantasy thriller which is being directed by Rahul Sankrityan.

Debutant Priyanka Jawalkar plays the female lead in this film which will hit the screen this late summer.