Team Ala Vaikunthapuramlo to make a suprise announcement?
Published on Oct 28, 2021 1:00 pm IST 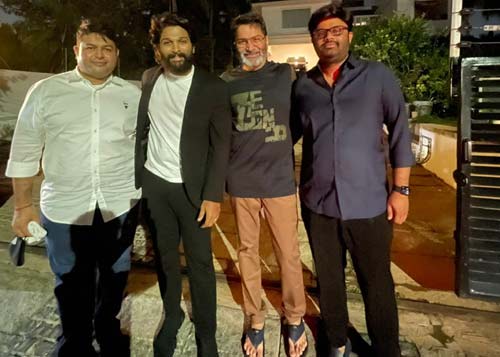 Allu Arjun is a huge star now and all his films are awaited eagerly. Bunny’s biggest hit is Ala Vaikunthapuramlo which was produced by Haarika and Haasini creations.

The same banner is ready with Varudu Kavalenu and Allu Arjun came in as the chief guest for the pre-release event yesterday. The team of Ala Vaikunthapuramlo posed at the event as well.

But the producer of the banner, Naga Vamsi tweeted the picture and said a big surprise coming up soon. Well, this sounds very interesting.

Can we expect a film in this combo again as Trivikram is also there in the picture? Only time will tell.