Team Hanu-Man to introduce Hanumanthu from the world of Anjanadri
Published on Sep 16, 2021 11:35 am IST 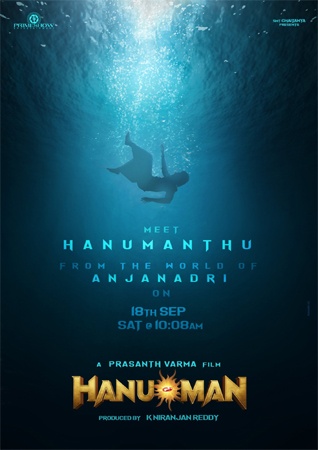 Hanu-Man’s team is all set to take the audience into the world of Anjanadri. The first look of Teja Sajja as Hanumanthu will be out on September 18 at 10:08 AM. An intriguing pre-look poster, showing Teja Sajja diving into the sea, has been unveiled to announce the same. Given its theme and backdrop, Hanu-Man will be high on VFX.