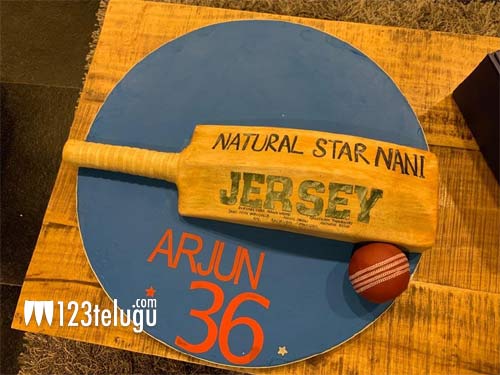 After raising expectations with an emotionally striking theatrical trailer and a decent round of promotions, Nani’s latest sports drama, Jersey, released this morning to unanimous positive reviews from all quarters. The film is all set for a huge weekend at the box-offices worldwide.

Buoyed by the overwhelming response, the core members of Team Jersey celebrated the film’s success by cutting this cake. Nani is seen as a middle-aged cricketer in the movie. Kannada heroine Shraddha Srinath has made an impressive debut in Tollywood. Director Gowtam Tinnanuri has become the centre of attraction. This emotional drama has been produced by Naga Vamsi.