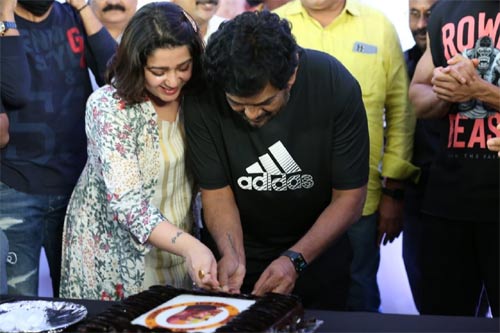 By now, it is a known fact that boxing legend, Mike Tyson will be a part of Puri Jagan’s Liger. The film is busy with its shoot in Goa and the team celebrated Puri’s birthday as well today.

In one of the snaps posted by the team, there is also a cake on the name of Mike Tyson which is such a cute gesture from the team.

This shows how popular Mike Tyson is going to be once he lands in India. The makers are doing their bit to make this film special and such things only give more respect to Tyson.