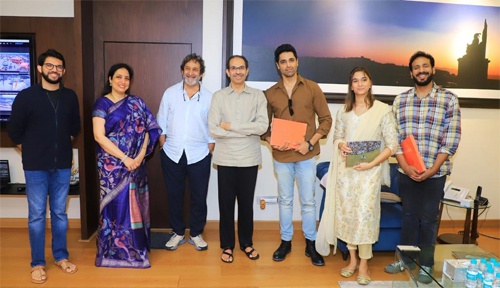 Adivi Sesh’s Major is winning the hearts of millions of people. Many celebrities have already appreciated the makers for making a wonderful movie on the life of Major Sandeep Unnikrishnan.

The young actor took to social media to announce something interesting. He, along with the director Sashi Kiran Tikka and heroine Saiee Manjrekar met Uddhav Thackeray, the honourable CM of Maharashtra. Adivi Sesh thanked him for his kind words for Major.

The young hero also mentioned that the CM has promised to extend his full support for Major and also promised to give funds to NDA aspirants. A special show will be arranged very soon for CM and his family.”

We will be showing the film to the entire family in the next few days. Was an absolute delight to meet Shri @AUThackeray as well. Thank you #MaheshManjrekar ji for being the bridge for our efforts 🙂 @CMOMaharashtra #MajorTheFilm🇮🇳❤️