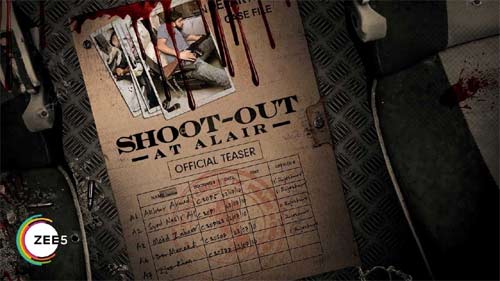 It’s been earlier reported that Megastar Chiranjeevi’s elder daughter Sushmita and her husband Vishnu Prasad are turning producers with a web-series. Titled Shootout at Alair, this 8-episode thriller will be streamed on Zee5. The web-series teaser has been unveiled this morning, on the occasion of Chiru’s birthday.

Shootout at Alair is based on true case files and the teaser showcases dreaded tales of terrorism and counter-terrorism operations. Popular actors Srikanth and Prakash Raj play the lead roles in this Anand Ranga directorial. The series is said to be inspired by the 2015 encounter of dreaded SIMI terrorist Viqaruddin and his associates.