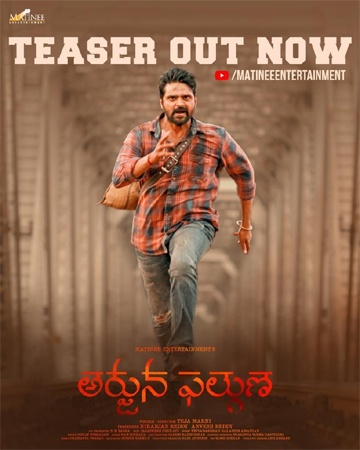 Sree Vishnu is ready with yet another film called Arjuna Phalguna. The makers have released the teaser of the film and it won a good appreciation all over.

It has now crossed five million views which is pretty good for Sree Vishnu’s range. Sree Vishnu is showcased as a dashing man on a special mission in the teaser.

The film is directed by Teja Marini and has some incidents based on real life. The makers will soon start the release promotions in a big way.