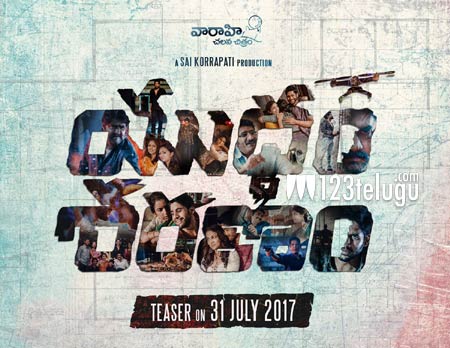 A few days back, the team of Yuddham Saranam Gacchami revealed that Naga Chaitanya will reveal an exciting news about his film. So, Chaitanya today revealed that the teaser of the film will be released on the 31st of this month.

Vivek Sagar of Pelli Choopulu fame is composing the music. Yuddham Sharanam has the beautiful Lavanya Tripathi as the female lead. Debutant Krishna Marimuthu is the film’s director and Sai Korrapati is the producer.

More details of this film will be revealed soon.