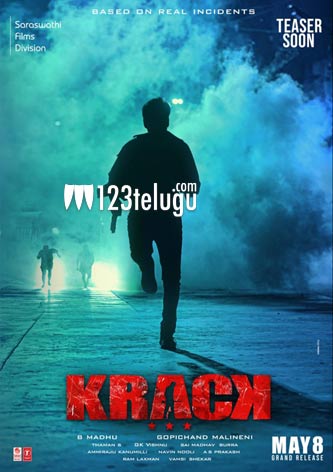 Ravi Teja is all geared up for his upcoming cop thriller Krack, directed by Gopichand Malineni, starring Shruti Hassan in the lead.

And music director Thaman who collaborates with the actor soon after Disco Raja took to social media to reveal that the makers of Krack are going to release the teaser of the film on May 8!

The first look poster of the film was released during Sankranthi and was received quite well! The film is supposed to be an edge-of-the-seat action adventure with a whole lot of plot twists and turns.

Get ready to all #RTF FANS 🔊 pic.twitter.com/z0HsZnl9M4