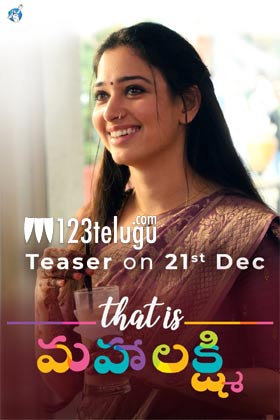 The teasers for Bollywood hit Queen’s South remakes will be released on December 21. The patchwork for the Telugu and Tamil versions will be wrapped up by this weekend, while the post-production work is already underway in full swing.

Queen’s Telugu remake has been titled That Is Mahalakshmi, and it stars Tamannaah in the titular role. After Neelakantha’s exit, Awe fame Prasanth Varma has been roped in to complete the film’s shooting formalities.

All the four versions of Queen remakes will hit screens on the same day, and the exact date of release will be announced soon. Bollywood actress Elli Avram reprises Lisa Haydon’s role from the Hindi original. Manu Kumaran is bankrolling all the four South Indian remakes of Queen in association with Kannada actress Parul Yadav.