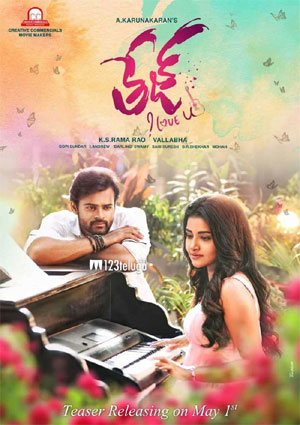 Yesterday, the first look of Sai Dharam tej’s new film, Tej I Love You was released online. The mega hero was seen with a new look which was quite casual and cool.

For the first time in his career, Tej will be seen as a lover boy and there is a good buzz for the project as it is directed by Karunakaran. Much to the respite of Tej, the first look received some good compliments from all over.

Tej has been going through a string of flops in the recent times and has pinned a lot of hopes on this project. With such positive comments coming in from the netizens, things are looking positive for Tej.