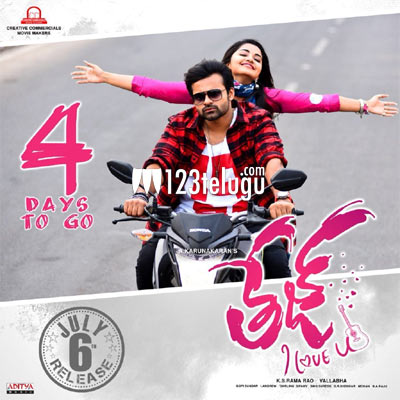 Tej I Love You is one film which has created a good buzz for itself. The release date is nearing soon and the latest we hear is that the film has wrapped up its censor with a U certificate.

The film is a love story and Sai Dharam is cast opposite Anupama Parameswaran. The film is produced by K S Rama Rao and he has promoted the film quite well all over.

Gopi Sundar composes the music for this film which is quite crucial for Tej’s career. The talk for the film is good and we need to see whether it gives the much-needed hit for Tej or not.