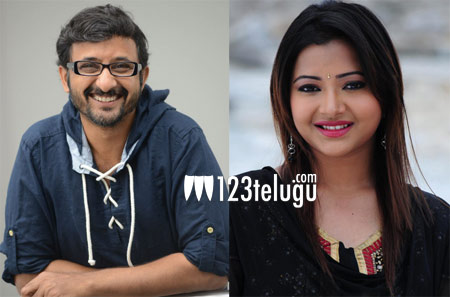 Swetha Basu Prasad’s life story is a movie in itself ever since she had been allegedly caught in a prostitution racket. She was released after spending some time at the rehabilitation center. Many film makers have come forward and announced that they were ready to make a movie with Swetha Basu after this but none have materialized.

Talented director Teja is now contemplating on casting Swetha Basu in his upcoming film. Though nothing has been finalized, the movie, if it takes off could do a world of good to both Teja and Swetha who are having a torrid time in the industry at present.

Swetha Basu Prasad made her movie debut in Hindi with the film “Makdee” which also got her a National award. She later set her foot in Tollywood and starred in some memorable films like Kotha Bangaru Lokam, Kasko etc. She was last seen in Telugu in the film Nuvvekkadunte Nenakkadunta opposite Udhay Kiran.