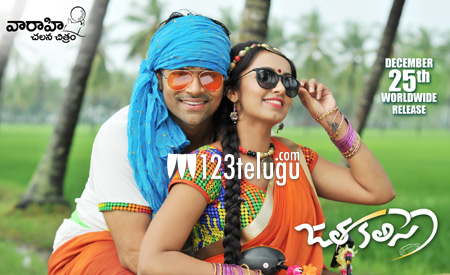 Ever since the trailers have gone live, Jatha Kalise has been the topic of discussion. The trailer reveals simple and clean fun and the added attraction of the film is Tejaswini. The talented actress looks stunning and has carried the traditional look quite well.

Renowned producer, Sai Korrapati is releasing the film on his banner and this has created a good publicity for the film. Jatha Kalise stars Telugu actress Tejaswi Madiwada and Ashwin Babu, who made his acting debut with Rajugari Gadhi.