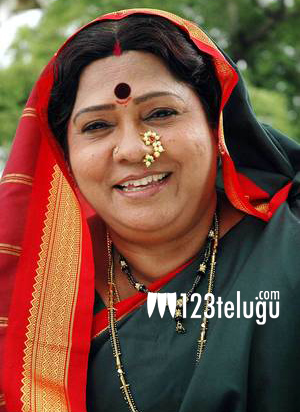 In a rather sad and shocking news to the entire Telugu industry, famous actress, villain, Telangana Sakuntala died early morning in Hyderabad today.

She was 63 and suffered a heart stroke at her home in Kompally. Though she was rushed to nearby Narayana Hrudayala hospital, doctors declared that she was already dead when she arrived.

The body will be brought to Film chamber today at 10 AM and the funeral ceremony is expected to take place in the evening.

Sakuntala’s debut movie is Maabhoomi which was released in 1981. She was famous for her roles in films like Nuvvu Nenu, Lakshmi, Okkadu and was very famous for her Telangana slank. She was last seen in Pandavalu Pandavalu Thummeda.

123telugu is deeply saddened with this news and conveys condolenses to her family.