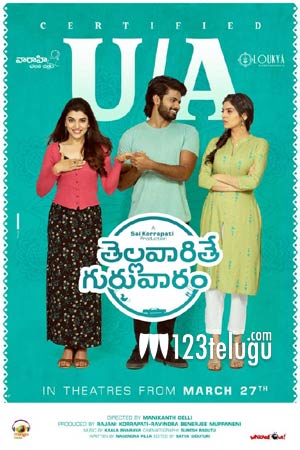 Keeravani’s son, Simha Koduri is slowly but steadily making his presence felt in the industry. He is ready with his new film Tellavarithe Guruvaram that will be out on the 27th of this month.

The latest update is that the film has wrapped up its censor formality with a U/A certificate. The film is carrying a decent buzz and ever since NTR attended the pre-release event, the film’s buzz has gone high.

The rom-com is directed by a debut director named Manikanth Gelli. Chitra Shukla and Misha Narang are the heroines in the film. Kaala Bhairava has scored the music.