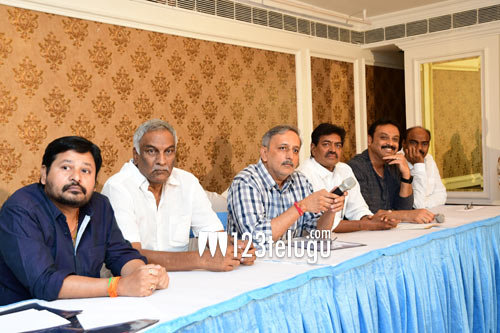 Over the past few days, actress Sri Reddy has been making headlines with her sensational allegations of physical abuse by several industry seniors and colleagues. She alleged that many people in the industry had cheated her on the pretext of offering work in their movies.

Soon after Sri Reddy’s strip protest at the Film Chamber, the Movie Artiste’s Association (MAA) held a press conference and announced that they will not accept Sri Reddy’s membership. The MAA also said that no MAA members will work with Sri Reddy in future. MAA’s decision received mixed response from various sections.

In a latest development, the Telugu Film Chamber of Commerce has advised MAA to reconsider its decision regarding Sri Reddy. The TFCC further said that MAA members may work with Sri Reddy until further notice.

Furthermore, the TFCC also took measures to prevent harassment against women in the film industry, setting up a harassment redressal panel being the immediate action. The TFCC also reiterated that the Vishakha Committee set up by the Government of India must be made mandatory in every organization.