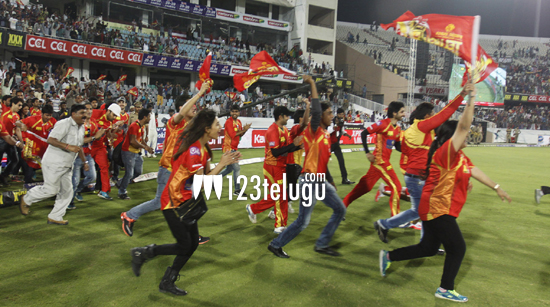 After winning the toss, the Telugu Warriors’ captain Akhil chose to field first and his bowlers did not disappoint him with their tight bowling, restricting the Mumbai batsmen to a marginal score.

In their run chase, the team’s trump cards, Prince and Sudheer Babu, once again sizzled with their amazing knocks and scored 63 and 53 runs respectively. Prince has once again been awarded the Man of the Match trophy. The Telugu Warriors will now take on the mighty Chennai Rhinos in the keenly awaited finals tonight.