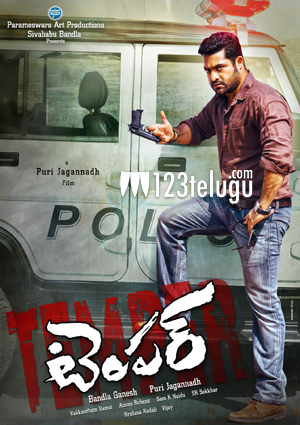 NTR’s latest action entertainer, Temper has brought him back into the limelight. The film opened to packed houses yesterday and is declared a huge hit. According to the latest update, the film has collected close to 10 crores in the Andhra and Telangana regions on the first day of its release.

The business was rock steady in all the regions as the Puri Jagan flick collected close to 1.38 crores in Guntur and 66 lakhs in West Godavari. The Nizam share came around 2.71 crores and East Godavari and Vizag collected 85 and 71 lakhs respectively. Puri Jagan’s sleek direction and NTR’s emotional performance are the main reasons for this success.