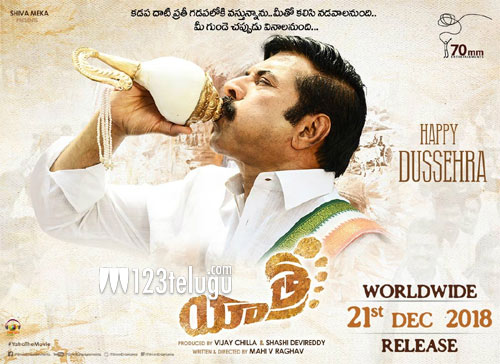 Yatra is one film which is being eagerly awaited all over. The film is based on the life of Y S Rajasekhar Reddy and Mammootty is playing the lead role.

His look as YSR and the manner in which the promotions are being carried out has created a superb buzz for the film. Now, the latest we hear from our sources is that director Mahi V Raghav has penned some terrific dialogues for Mammootty and the way the star hero has mouthed them will be a treat for all movie lovers.

Also, the news is that the film will have a lot of drama and will showcase some key incidents which will happened in the life of YSR who was one of the top politicians in Andhra Pradesh.