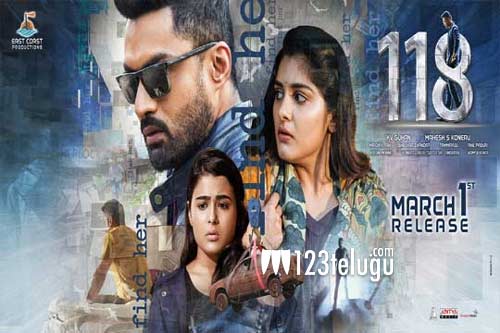 118 is all set for a release tomorrow and the promotions are on in full swing. The film has Kalyan Ram, Nivetha Thomas, and Shalini Pandey as the lead cast.

The film is quite crucial for all three stars. Kalyan Ram needs a big hit under his belt after his last two films bombed at the box office. Nivetha Thomas took a break from films and will hope that the film’s success will bring her more offers.

Coming to Shalini Pandey, this is her big release after Arjun Reddy and she would be itching to prove that she is not a one film wonder. So, the film’s success is key for all these three stars and we need to wait and see if the film gives them the needed luck.

118 is produced by Mahesh Koneru and has been directed by Guhan.