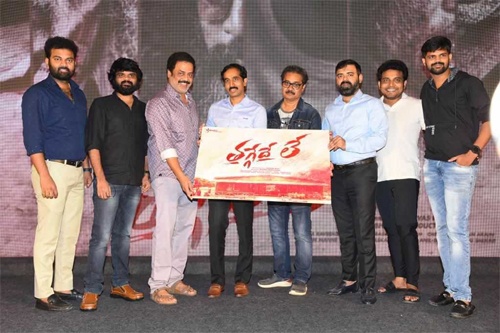 Thaggede Le is being directed by Srinivasaraju and produced by Prem Kumar Pandey and PV Subbareddy under Bhadra Productions banner. The first look was released by PP Reddy. Producers Prem Kumar and Subbareddy said that they launched their production house with the motive of encouraging new talent and bring concept-oriented movies to Tollywood.