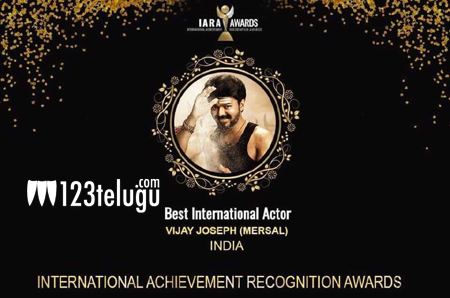 Released in October last year, star hero thalapathy Vijay mersal went on to become a huge blockbuster. Vijay had played triple roles in the film. Now the star hero has won a prestigious international award for his performance in the movie.

Vijay has been honored with the Best International Actor award at the just concluded International Achievement Recognition Awards (IARA Awards) in London. Vijay beat three other foreign actors to achieve this rare feat, a first ever by an Indian actor.