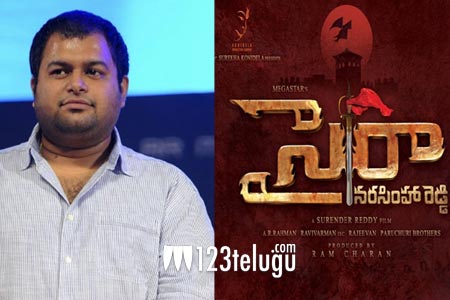 Meanwhile, AR Rahman, who was initially roped in to score the film’s music, was out of the project due to his busy schedules. Now, the latest buzz is that the makers are keen on roping in noted music director SS Thaman as the music composer for this film. Thaman has earlier impressed moviegoers with his terrific background score for Sye Raa’s first look motion poster. However, an official announcement is yet to come regarding this news.