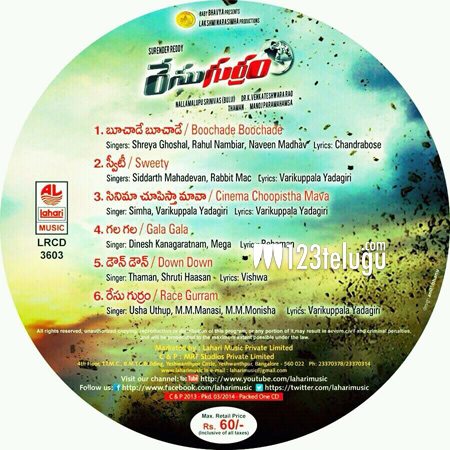 Music director SS Thaman is very excited about his upcoming music album for the film ‘Race Gurram’. Apparently, Thaman is very confident about the album becoming a chartbuster.

The music director revealed the track list of the film yesterday via twitter and he said that the audio launch date would be revealed in a day or two.

Stylish Star Allu Arjun is the hero in this mass entertainer and Shruti Haasan is the heroine. The movie has been directed by Surender Reddy and Nallamalupu Bujji is the producer. RG will release in the month of April.