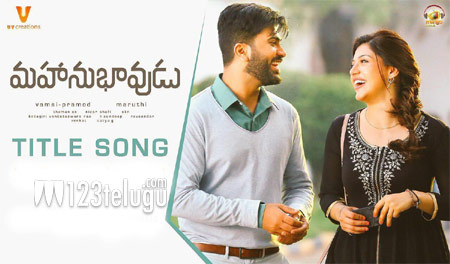 A few days back, we had revealed that Thaman is gearing up with a very interesting album for Sharwanand’s Mahanubhavudu. As reported, the title song of the film is out and it is pretty impressive.

Thaman goes traditional and composes a very quirky tune which has been superbly sung by the very talented Geetha Madhuri. The song showcases various traits of Sharwa’s character in the film which has been specially designed by Maruthi.

This song will be a very enjoyable montage number as it will have some very funny and fresh visuals. UV Creations produce this film which has Mehrene as the female lead. Other songs in the album will be revealed very soon.