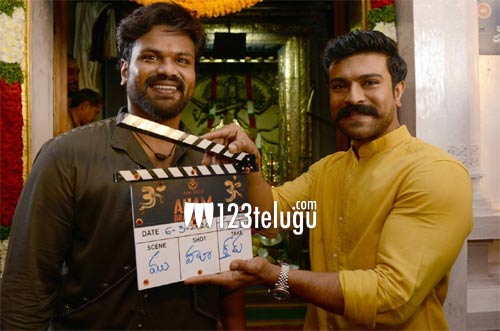 Manchu Manoj is back in films after a long gap with a project titled Aham Brahmasmi. The film was launched today in Hyderabad with a traditional note.

Ram Charan gave the first clap and blessed the team. The project has suddenly created a good buzz and thanks to Charan, things have gone to another level today.

The film will showcase Manoj in three different roles and will be directed by a debutante Srikanth Reddy. The regular shooting of the film will start very soon.