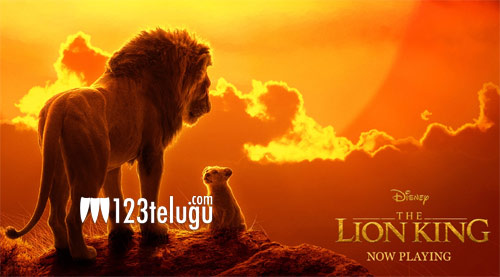 Released last Friday, Disney’s The Lion King is having a dream run across the country. The film is dubbed in Telugu, Tamil and Hindi, apart from releasing in English. Popular stars like Nani, Jagapathi Babu, Ravishankar, Brahmanandam and Ali have dubbed for the Telugu version.

Now, The Lion King is setting new records for a Hollywood film dubbed in Telugu. As per the latest updates, The Lion King’s Telugu version became the first ever dubbed film to collect more than the Hindi and English versions in Nizam.

Apparently, on Sunday, the Telugu version collected more than double of what it collected on its opening day in Nizam, which is an unprecedented feat. The top-class dubbing quality has impressed moviegoers, who opine that the experience is almost like watching the straight English film.