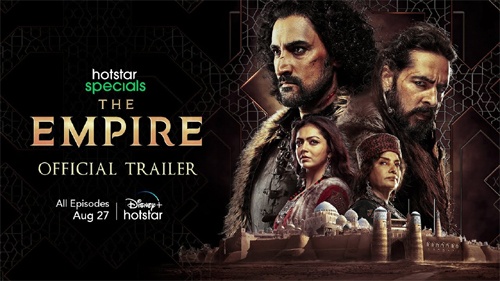 OTT platforms have taken things to another level. With each day, the budgets are going high and the latest example is Disney Hotstar’s new show The Empire which is the highest budget ever put for a small screen show.

The trailer of this show was out today and it looks spectacular. The show has Kunal Kapoor, Dino Morea, and Shabana Azmi in lead roles. The costumes, camerawork, VFX, and huge-scale production look quite ambitious. It has been created by noted director Nikhil Advani.

The series focuses on the rise and fall of the Mughal Empire through generations from Babur to Aurangzeb. The story starts in Farghana where a young prince Babur is the heir to the king. Ousted at a young age he begins his campaign for the conquest of North India.

The show has been directed by Mitakshara Shamra and will be out on the 27th of this month on Hot Star.