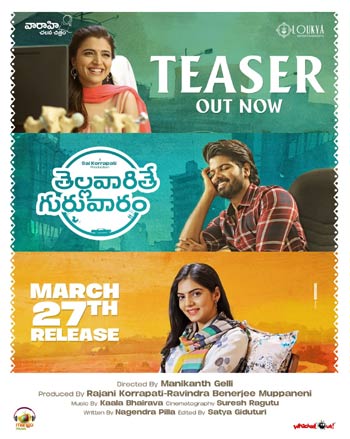 The teaser for veteran music composer MM Keeravani’s younger son Sri Simha’s upcoming romantic entertainer, Tellavarithe Guruvaram, has been released just a while ago. The fun, breezy teaser showcases the conflict in the life of the protagonist who is set to get married against his will in a few hours. Sri Simha also tries action in the movie.