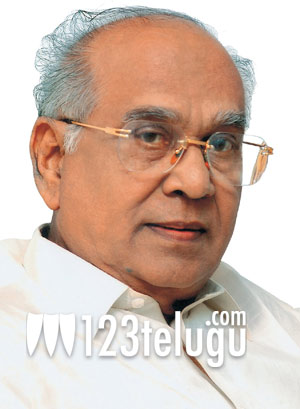 ANR, one of the greatest Telugu film actors, seems to be surprised about several things which are common in films today and understandably so. One of them is the amount of vulgarity which is prevalent in Telugu films these days. In a recent interview, he acknowledged the fact that things are a lot different now and spoke about an interesting incident which happened recently.

Recalling a conversation with his son Nagarjuna, ANR said, “Now and then, I watch my son Nagarjuna’s films and see that some of the stuff is vulgar. I have even asked Nagarjuna about it. He told me once, ‘Dad, you don’t know modern films. In fact, you don’t even know what’s happening in other films these days, they show worse things. I am better off. I have to do these things if I have to be in the business and fight competition.’ I realised then that things have truly changed since my time.”

ANR will soon act in Vikram Kumar’s upcoming film Manam which also has Nagarjuna and Naga Chaitanya in lead roles. Shriya and Samantha are also part of this multi-starrer and Anup Rubens is going to score the music. The film is expected to take off later this summer.