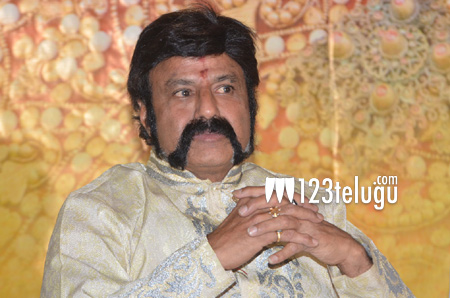 On the occasion of his landmark 100th movie, Gautamiputra Satakarni, releasing on the 12th of this month, Nandamuri Balakrishna today interacted with his fans in a cordial get-together and thanked them for their support​ through his difficult times.

Balayya then made several striking comments and said that he had to compromise on certain issues in the past, but he will not compromise on anything from now on.

Balayya also said that a new era has begun with Gautamiputra Satakarni and that there’s no looking back from now on.