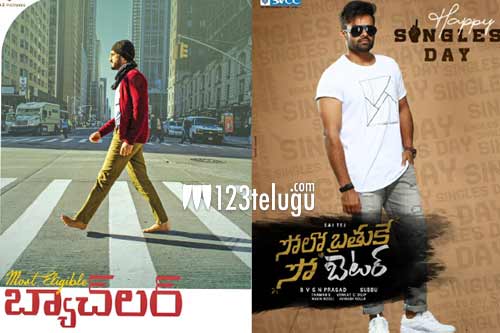 Akhil is doing a film called Most Eligible Bachelor and only a kast schedule of the film is let to be shot. The film will now release in May-end of June.

There is yet another film called Solo Bratuke So Betteru starring Sai Dharam Tej which was supposed to release in April but will now come out in June.

Both films have the concept of being single in their films and now the talk is that the makers of both the films want to have gaps in between their releases. So, in the coming days, we need to see when these films will be out.