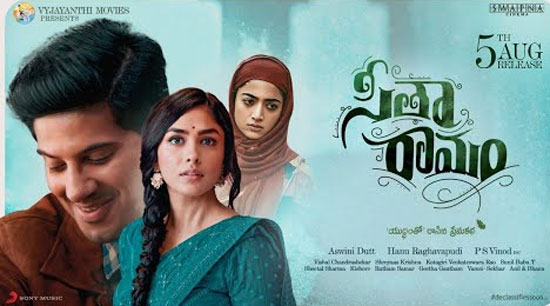 Sita Ramam is a solid hit at the box office and has made Dulquer Salman a superstar in Telugu cinema. His role has been loved by one and all. But not many know that the makers, Vyjayanthi Movies approached star heroes Nani and Ram Pothineni for this film before finalizing Dulquer.

But sadly, both the heroes rejected the film for reasons unknown. Left with no choice the makers approached Dulquer and the rest is history.

The film has grossed over 50 crores at the box office and surely, both the heroes missed out on a solid film. Hanu Raghavapudi directed Sita Ramam.