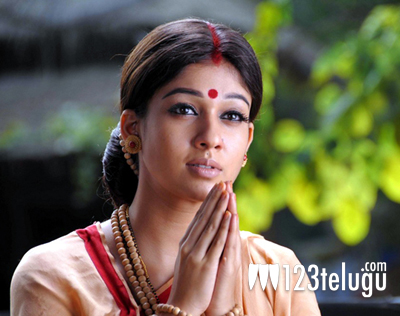 Talented actress Nayantara recently proved that she can do different roles. She played the soft spoken role of ‘Sita’ in the mythological film Sri Rama Rajyam. Her efforts were duly recognized as the AP government declared her as the best actress for the year 2011. An excited Nayantara said ” This award means so much to me. It wouldn’t have been possible without the support of Bapu and Bala Krishna garu. They are the true winners of this award. They made me believe that I could pull off a character like that” Nayantara’s role was highly appreciated by the critics as well as the audience. She will next be seen opposite Rana in Krishnam Vande Jagadgurum.