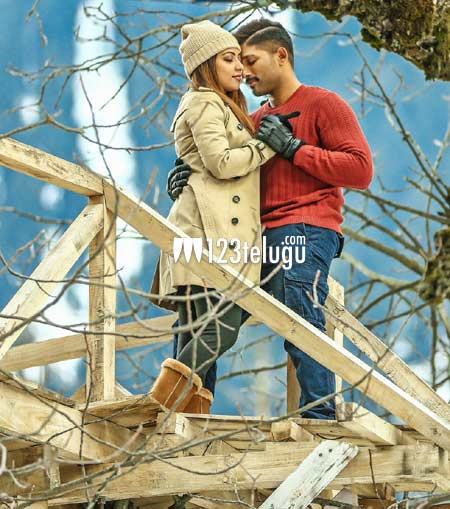 Now that the two songs from Allu Arjun’s Na Peru Surya have clicked quite well, the time has come for the makers to release the third song in a grand manner.

The latest we hear is that the third song titled Beautiful Love will be released on the 13th of April. Touted to be a romantic song, this number has been composed by Vishal Shekhar.

Bunny will be seen in an aggressive role in this film which is being directed by debutante Vakkantam Vamsi. Anu Emanuel plays the female lead in this film.