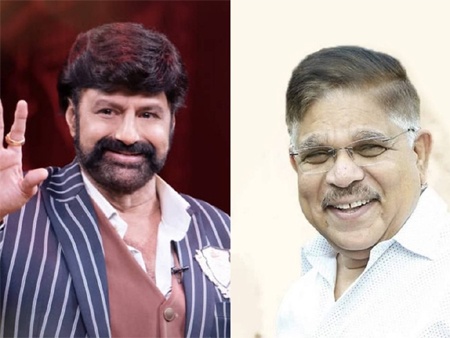 Balakrishna is super high with the success of his latest film Akhanda and the OTT talk show Unstoppable which has become a rage.

For the last two days or so, there have been reports going around that Allu Aravind is all set to produce a film with Balayya in the days to come.

Now, the news is that director Malladi Vashist will be directing this film on a big score. Though an official confirmation is yet to be made, this news has gone viral.

As of now, Balayya is busy with his new film with Gopichand Malineni which will go on floors very soon.