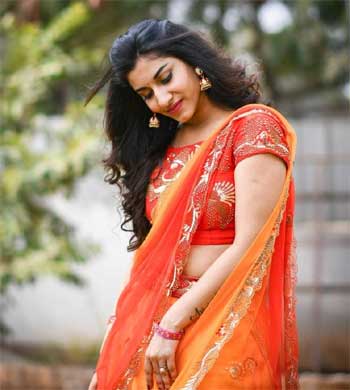 In a latest interview, Sree Mukhi revealed that Vishnupriya is such a mad fan of Akhil that she even wants to marry him if she gets the opportunity. “If God appears in front of Vishnupriya and tells her to make a wish, she will ask God to make her wish of marrying Akhil come true. She even got Akhil’s name tattooed on her wrist,” revealed Sree Mukhi. Well, that’s like a true fan girl!